Dr. Bartz enjoys traveling, especially cruising, which she has done several times.  She seems to be always be busy in the kitchen baking treats or spending time with her family in their garden. 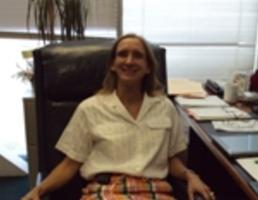 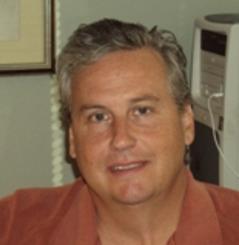 Dr. Michael Killian was born in New Orleans, Louisiana and grew up in Houston, Texas. He completed his undergraduate degree in Biology at University of Texas in Austin and graduated from the Baylor College of Medicine in Houston, Texas, where he also interned in General Surgery until 1989. Dr. Killian completed his residency in Family Practice at Brackenridge Hospital in 1992. He has been practicing Family Medicine in the Austin Area since 1992 and joined Red River Family Practice in 1998.

Although medicine plays a large role in Dr. Killian's life, he spends the rest of his time farming or with his six children and two (so far...) grandchildren. Whether it's football games, sorority parents weekends, or harvesting this year's sorghum, Dr. Killian is rarely idle.

Dr. Cynthia C. Brinson, born in Philadelphia, earned her undergraduate degree at the University of Texas in Austin and her medical degree at the Texas Tech University Health Science Center in Lubbock. She finished her Family Practice residency at Brackenridge Hospital, serving as the Chief Resident from 1992-1993. Dr. Brinson also completed a fellowship in Academic & Research Development at the McLennan County Medical Education Research Foundation. She joined Red River Family Practice in 1999. Her favorite quote, "deserve's got nothing to do with it", is a great example of her extra work at the Travis County Correctional Facility, the David Powell Clinic, and the KIND Clinic.

If you don't find her at of these facilities, she's most likely enjoying her animals or shopping for the perfect shoes. 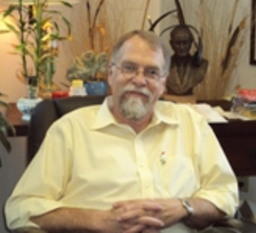 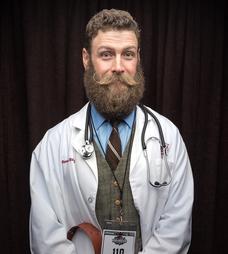 Dr. Steven Hutto was born and raised in a small town called Grove Hill, just north of Mobile, Alabama. He completed his undergraduate education at the University of Alabama with degrees in microbiology and accounting. He went on to study medicine at the University of Alabama at Birmingham (UAB), and later returned to Tuscaloosa to train in family medicine. He just joined Red River Family Practice in 2016! Dr. Hutto's favorite aspects of medicine are HIV prevention, mental health, as well as educating patients on the importance of diet and exercise in the context of weight management.

Dr. Hutto enjoys riding his bicycle, exploring the food and music of east Austin, and competing in the World Beard and Mustache Championships!

Dr. J. Eric Lambeth, born in Dallas, Texas, attended Texas A&M University and received his medical degree from the University of Texas Medical School in Houston in 1989. Dr. Lambeth completed an Internal Medicine residency at Brackenridge Hospital in 1992. He practiced Internal Medicine in private practice in Los Angeles, California, until joining Red River Family Practice in 1995. At Red River he's either working a full schedule or quietly charting to jazz music in his office.

On his off days, Dr. Lambeth is always keeping up with the world happenings over a hot cup of espresso. 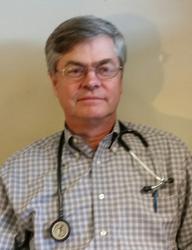 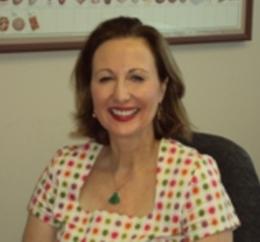 Dr. Gary Werntz graduated from the Lousiana State University medical school in 1982. After completing a residency in Pathology at Scott & White Hospital in Temple, Texas, he went into private practice in Beaumont, Texas. In 1989, largely in response to the AIDS epidemic, Dr. Werntz left his Pathology practice to complete a Family Medicine Residency at East Tennessee State University in 1992. From 2001-2004 he was the Medical Director of the David Powell Public Health Center which is the City of Austin's HIV/AIDS clinic. He has been in private practice at Red River Family Practice since 2005.

Dr. Werntz spends much of his free time at a small ranch near the Big Bend of Texas with his partner and his Corgi. He is a fairly good gardener and a really terrible carpenter.

Each physician joined Red River Family Practice because we shared a vision of creating a medical practice that treats every patient with dignity and first-rate care.  Our medical assistants and office staff at Red River Family Practice are highly-trained and share a passion for helping others.  We understand that for many visiting the doctor's office can be a stressful experience;  we aim to dispel those fears by providing compassionate care that you can rely on for decades.